Box Optronics Fiber-Bragg-Grating FBG Stabilized Pump Lasers are compact laser diodes designed for use as pump lasers. The butterfly packages contain an integrated thermoelectric cooler (TEC) and thermistor. The region of the fiber marked by a pair of black bands contains a grating etched into the fiber, which acts as a Bragg reflector to provide feedback to the laser. The FBG stabilized design produces an output that is spectrally broadened by satellite modes. A FBG stabilized laser is not a single longitudinal mode laser; while it is stabilized in terms of frequency, the gain curve will contain many different modes. Additionally, these Bragg gratings are relatively insensitive to temperature (<0.02 nm/°C). It should be noted that for the SM-pigtailed laser, stress-induced birefingence on the fiber may change the output spectrum of the laser diode. Due to the properties of the fiber, the PM-pigtailed lasers will not be affected. It have been widely used in DWDM, EDFA, and CATV system.

Box Optronics provide many option in FBG Stabilized Pump Lasers, we have 974nm 976nm 200mW 400mW 600mW pump 14-PIN butterfly laser diode with Hi1060 SM fiber or PM fiber The 976 nm FBG Stabilized Pump Lasers produce a stable output of ≥600 mW with a single mode fiber pigtail or between 100 and 700 mW with a polarization-maintaining fiber pigtail. With a spectral bandwidth of <1 nm, they are well suited for core pumping of Erbium-doped fibers, such as in Erbium-doped fiber amplifiers, mode-locked oscillators, and CW lasers.

The 980nm FBG Stabilized Pump Lasers utilizes a planar construction with chip on subcarrier. The high power chip is hermetically sealed in a epoxy-free and flux-free 14-pin butterfly package and fitted with a thermistor, thermoelectric cooler, and monitor diode. The 980nm pump module uses FBG stabilization to ”lock” the emission wavelength. It provides a noise-free narrowband spectrum, even under changes in temperature, drive current, and optical feedback.Wavelength selection is available for applications that require the highest performance in spectrum control with the highest available powers. This module complies described in Telcordia GR-468-CORE requirement.

12
Customized FBG Stabilized Pump Lasers can be bought from Box Optronics. As one of the professional China FBG Stabilized Pump Lasers manufacturers and suppliers, we assist customers to provide better product solutions and optimize industry costs. FBG Stabilized Pump Lasers made in China is not only of high quality, but also cheap. You can wholesale our products at low prices. In addition, we also support bulk packaging. Our value is "customer first, service foremost, credibility foundation, win-win cooperation". For more info, welcome to visit our factory. Let us cooperate with each other to create a better future and mutual benefit. 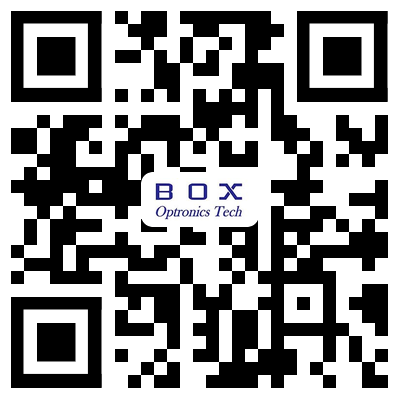